Getting a preview image auto-generated.

Looks like there are quite a few options for getting CSS minified in the way I'm thinking, but when filtering for recently updated, not with a lot of issues, commonly used, and with a clear intent to be used inside standard Node work, not some larger system, I've narrowed it down to one candidate - csso.

Let's install and try that.

Wait though... what happens when an eleventy plugin has a dependency? I should be fine once it is packaged up and I install it with an actual install command, right? Ok, lets put that to one side.

I need to import the user stylesheet as well and the layout isn't fully working, but it is definitely a lot closer. 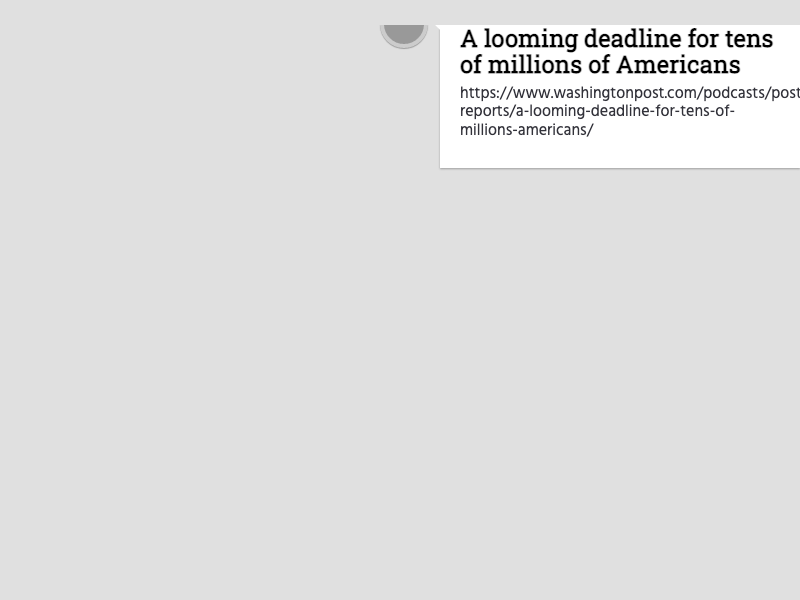 To get it all the way there I'll need an image specific stylesheet to pull in. I've done it so it is always odd in terms of its placement configuration so I don't have to worry about two different styles.

Now that I know that there is a queued writing system in Eleventy using graceful-fs, I'll use that instead of standard fs here.

I know that if the link is there by itself, it'll have a particular pattern I can check the content property for with a ReExp check:

I also should try to vertically center the box during image generation.

Hmmm, it looks like the image builder backs up and crashes.

I can also see that there is a problem with some of the timegate URLs that are based on URLs. Looks like I'm getting some filepaths like timegate/https://activitystrea.ms//index.html.

And we'll fix the positioning in the CSS.

Ok, now to figure out how to generate these images during build.